Today we meet Garry Baniecki, Founder of Shaolin Jee Shin Wing Chun academy of Melbourne, Australia.
Can you tell us anything about your life? 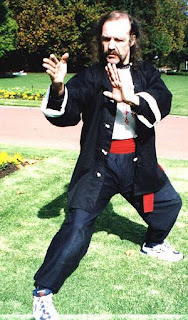 I was born in 1954. My parents were repatriated to Australia after the second world war. A lot of Europeans were resettled in Australia in the early 50’s. My father was Polish and my Mother was born in Germany. My mother was a teenager during Hitler’s reign and my Father fought the War.
Growing up in the 50’s and 60’s with a non Australia background was very hard. Melbourne was a tough place to live, full of racism, against the Italians, Greeks and Germans.
During the seventies, I became of age to drive a vehicle, which exposed me to more of Melbourne’s sub culture of gangs and violence.
In the 50’s we had the Mods and Rockers. In the sixties we had Sharpies and in the seventies we had Skin Heads.
After the Vietnam war finished in 1972 for Australia, the Government repatriated the Vietnamese into our Society and Vietnamese gangs started to proliferate.
It was easy to avoid these Gangs. You just had to stay at home and not venture out. Being a teenager, I wasn’t about to stay at home as there were dances to attend and girls to meet.
Being exposed to a lot of street violence led me to start martial arts at an early age.
Before I started my wing chun training, I had attempted various styles of martial arts, including, Goju Kai karate, Taekwondo, Escrima, and JKA (shotokan).
I trained these styles in the sixties and seventies.
When the eighties began, my martial arts took a back seat and in 1980, I started the first motorcycle courier business in Melbourne, which I operated for 10 years and sold the business in 1991. By 1988, my passion for wing chun started to engulf me and my absence at work was starting to take its toll. By 1989, I would leave work at 11am and return around 6pm. Wing chun was now my preoccupation.
When did you start with Martial Arts?
I started my first foray into Martial Arts when I was 12 years old. I started training in Ju Jitsu and Korean Karate. That was in the mid sixties. I trained for about 3 years, but only once per week, on the weekends.
With who did you know Wing Chun style?
In the mid sixties, the Bruce Lee mania came to Australia, and he became my Idol. Wing chun was not in Melbourne until William Cheung introduced it here.
Wing Chun made its debut in the late seventies with William Cheung, but I did not start wing chun until the mid 80’s.
Who were your Masters in the past?
Rolland Dante (escrima) and Tino Cebrano (goju kai) were my teachers in the early days.
William Cheung, David Cheung, Professor Shan Hui Xu, Master Fung Keun from China.
I studied medical qigong and shaolin hard qigong with Professor Shan Hui Xu for nine years.
And now?
I own and operate an independent association, named shaolin jee shin wing chun.
At present I have an afinity with Kulo wing chun. 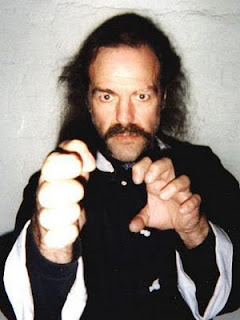