Today we meet David Lyn, one of the teacher of the European Wing Tsun Organization. David tell us a very important story about his life, that we can take as example for ours.
Dear David, when did you start with Martial Arts? 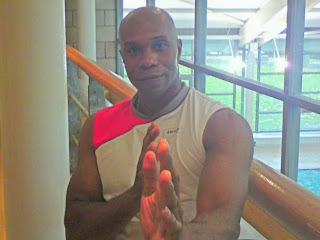 I began like so many others from watching Bruce Lee. My younger brother also had an interest and joined a local under the tutelage of Will Verner who was a student of Tikky Donavan. I went along to a number of classes but found that it did not suit my disability. My search over the years, saw e trying Judo, Akido and Jiu Jitsu which were all great ‘sport’ related Martial Arts but for practical Street defense, I found did not work for me.
By accident I found Master Derek Jones who created Body Mind and Spirit based on Wing Chun. He had the ability to adapt the art for me and I found it very useful. Sadly he was killed in a motor accident and I felt none of his students had the same awareness to carry on his teachings to me. It would seem my destiny was secured because a few years later while reading Combat magazine in a shop, a guy named Roberto Plati came up to me and asked if I was interested in Martial Arts. I of course said yes and he invited me to come along to one of his classes. My first lesson turned my head around full circle, and although it was only the first 3 sections of Siu Lim Tao (little Idea) that he taught me, I felt that this was the best martial art I have ever come across. My love for WingTsun has grown since then.

With who did you know Wing Chun style?

As I said above, Roberto Plati was, I felt my first instructor and it is he that I thank for my introduction into WingTsun.

Can we know what are the differences between your Wing Tsun and others interpretations (Wing Chun, etc.)? 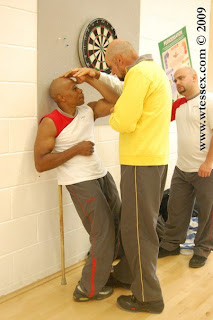 In my opinion the principles remain the same but as WingTsun allows the student to think, what works for one will not always work for another. For me, lightness and re-direction works best with my full lack of mobility. So in order for us to think as men, how a woman would feel when faced with strength, giving in to it is the only logical answer. To study GM Kernspect now, he has become ‘form less’  and his movements a soft blur of water yes he hits like a stone.

Can you tell us your story?

Life has many turns and twists and offers us windows and doors. My disability remains a mystery to medical professionals and began at around the age of 5 or 6 years old. I was an adventurous and fearless child who had 2 older brothers who I copied and idolised.
I made one or two tactical errors while trying to be a daredevil and in one such stunt, I landed on my head. This left me blind for a few months but I recovered without any side effects, except a limp. This progressed as I became older but I was still able to run etc.
My first surgery to correct the limp way back in the late 60’s (yes I am a lot older than I look ha ha) was not as it should be and created further problems. These the doctors also tried to correct but unfortunately created even more problems, which today has left me with a major drag/limp and the need to use a walking-cane for stability. These events have not stopped me from living life to the full and I am fortunate to have done many things many able bodied people can only dream about.
Such events as a Paralimpian Power Lifter, Unofficial world record holder for parallel dips in a minute (I hope to prove  this again this year as YouTube was not around in my day). My dedication to WingTsun has allowed me to become a teacher for which I am immensely honored and proud.
I hope to be an inspiration for others who think they cannot practice WingTsun to get up and break down the walls they have crated in their own minds.

What is the message that you feel to launch all practitioners?

I would really like all the WingTsun families to stop any in fighting and learn from each other so that this beautiful art continues to grow and develop.  I use my disability for my own gain which is to promote WingTsun. One of my students has enough belief in my abilities that even though he is sight impaired (degenerative sight loss) and a professional Body Builder,  (Ricky Welling search for him on YouTube, he is an inspiration for me as I am for him) He attends regular classes and has now eager to learn more and more. We obviously train him to improve, sensitive and reactions using Chi Sao and this is proving to be a great success. 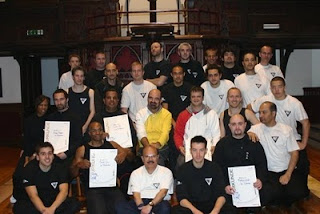 What is now the EWTO?

For me it is a more tangible birth place of the art I love and practice. It is the home of GM Kernpsect and it is where we look for knowledge.

Who is your Master, now?

I obtain instructions directly from Si-Hing Kuldip Rai and Sifu Damion James. We also have the instructions of Master Andrew Cameron and of course GM Keith Kernspect.

Who were your Masters in the past?

I have not had any direct masters but have had the good fortune to have ‘touched hands’ with many great practitioners from and the .

You have been appointed as SiFu? From whom and how do someone become one in EWTO?

I am not a sifu. I have only been teaching for 7 months at my own school at Monster Gym, , Herts. , so I am a Si-Hing.

How many hours do you train?

His varies depending on work commitments, so I can only average it out to about 5 to 6 hours a week. Most of this is at home doing the forms, conditioning at the gym and cardio.

Are you a professional martial artist or have other jobs?

No I also work as an IT Consultant.

Have you ever fight on a sport’s contest? When, where and with which results? 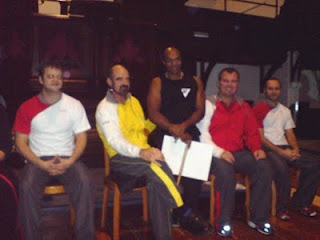 No I have never fought in any competition, but sadly have had a few bar fights, I am a small guy who socialise with a few body builders. It is usually me that gets confronted as I am normally sitting down and the bully’s of this world are not aware of my disability. It has scared me how quickly my body reacts to such dangers and substantiates how good and effective this system is. Although I have been hit, I have not lost any confrontation I felt I had no way out other than to fight.

How many hours per week should train a student to grow in a serious way?

I would expect all students to become disciplined enough to train everyday. There is a lot to learn and practice makes perfect.

How much are your student spends to become a black belt (in terms of time and money) or a Technician in EWTO?

This depends on the student, some learn quickly and therefore progress in a short space of time. I would encourage the mind set to not ‘race through’. Learn, understand and progress builds a firm foundation for the next level.

What are the fighting concepts that are focalized on into your School?

Practical self defence as well as the art of WingTsun. We have regular fight clubs that allow the student to be put ‘under pressure’
Thank you!

3 Responses to "Interview with David Lyn"